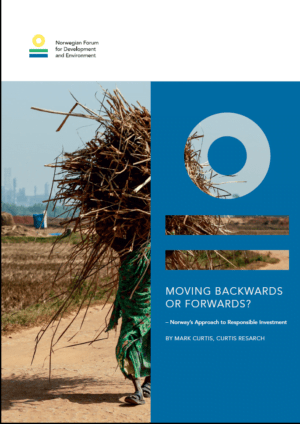 Report for Forum for Environment and Development (Norway) (October 2014)

In 2013, the Norwegian government began to lobby for certain ‘clarifications’ to the OECD Guidelines for Multinational Enterprises – the main principles that encourage companies from OECD states to behave responsibly. This lobbying followed an investigation into Norway’s giant Pension Fund related to its investment in South Korean steel manufacturer Posco, which concluded that the Fund had violated the OECD Guidelines. Posco’s project in Odisha, India, is threatening to displace 22,000 people and has been condemned by no less than eight UN special rapporteurs. This report analyses Norway’s stance towards the Guidelines and recommends how the Pension Fund should improve its human rights due diligence.

Categories: Companies, Other
Site by Borderleft