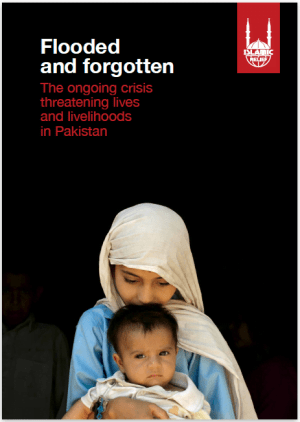 Flooded and Forgotten: The Ongoing Crisis affecting Lives and Livelihoods in Pakistan

Twelve months on from floods that forced 11 million people from their homes and wiped out entire villages, a largely unnoticed humanitarian crisis continues in the flood-affected areas of Pakistan. At least eight million people remain in dire need of basic health care, food or shelter. The evidence on climate change suggests that Pakistan’s next episode of severe flooding may be just around the corner, and the report predicts that millions or even tens of millions of people in Pakistan will be affected by extreme weather events every year. Unless the international community really wakes up, a country seen in the west as a key to regional stability will be plunged into future crises with ever-greater human costs and the threat of growing unrest.