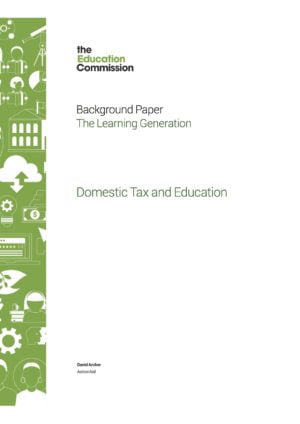 This report, part-written by Curtis Research, outlines how increased taxation in developing countries should fund public education. The task is urgent given that 121 million primary or lower secondary age children are out of school while 250 million children who are in school but not learning. Many tax incentives provided by developing country governments cause far more harm than good. First, and most importantly, they can massively reduce government revenues by removing the requirement for companies to pay fair levels of tax. Second, they can encourage corruption and secrecy when negotiated in highly discretionary ‘special deals’ with individual companies. Third, they mainly attract ‘footloose’ firms which move their investments from one country to another, and therefore do not encourage stable long term investments. Fourth, where they favour foreign investors, they can disadvantage domestic investors and deter them from entering markets or expanding. The ostensible reason for governments providing tax incentives to business is to attract foreign direct investment (FDI), yet the evidence suggests that tax incentives are not needed to attract FDI. There are four types of incentives that are particularly problematic: discretionary incentives, tax holidays, tax incentives in free trade zones and stability agreements. Developing countries are estimated to lose US$139 billion a year just from one form of tax incentive – corporate income tax exemptions. This could easily fill the annual global finance gap for basic education.